Everything you missed at this year’s ELOY Conference 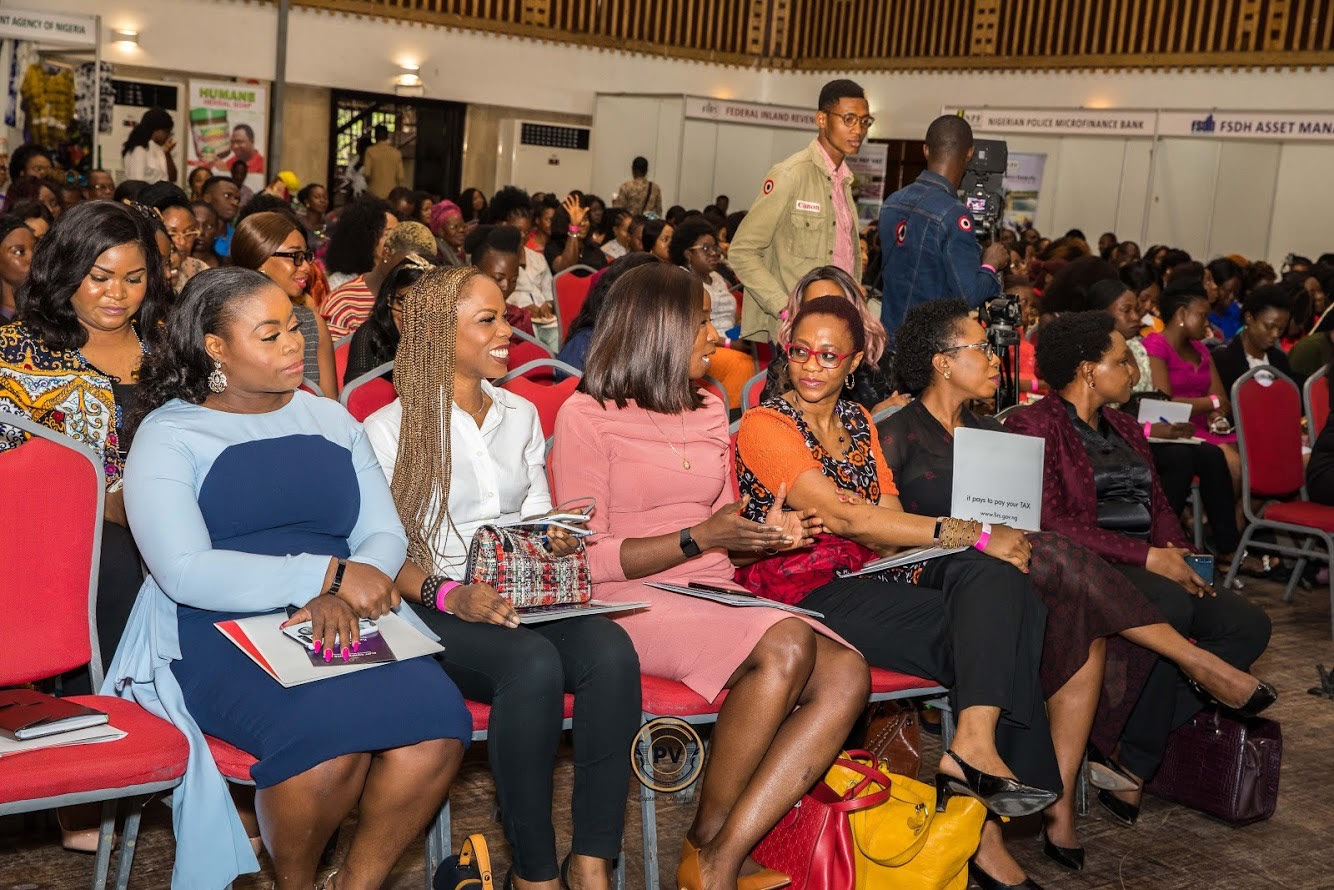 History was made at the maiden edition of the ELOY Conference. The ELOY Conference took place on Wednesday, November 13, 2019, at the Muson Centre, Onikan, Lagos. The event kicked off with an opening prayer led by Pastor Ituah Ighodalo. The theme of the conference was “Empower Her to Sustain Her”. 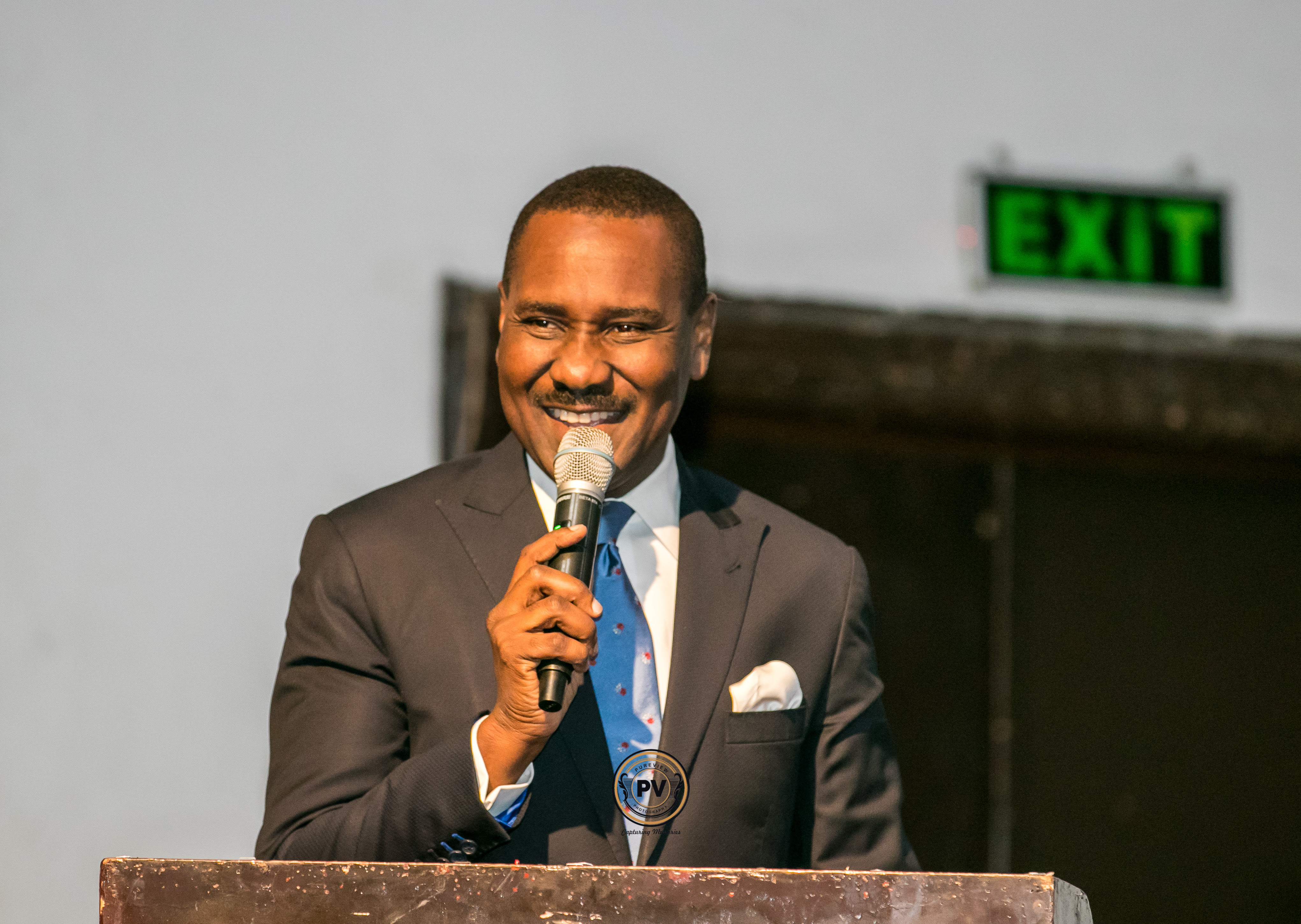 The convener of the event, Mrs Tewa Onasanya welcomed the attendees and encouraged them to push themselves harder and always know that they can achieve everything they set out to do. Dr. (Mrs) Ifeyinwa Ukaegbu, representing the Senior Special Assistant to the President on Sustainable Development Goals, Her Excellency, Princess Adejoke Orelope-Adefuleri delivered the keynote speech where she spoke about how important women empowerment is and the benefits of gender equality.

Also delivering a goodwill note on behalf of the Lagos State Governor, Governor Babajide Sanwoolu, Solape Hammond relayed the governor’s support. In addition, she mentioned various ways by which the Lagos state government is empowering women. 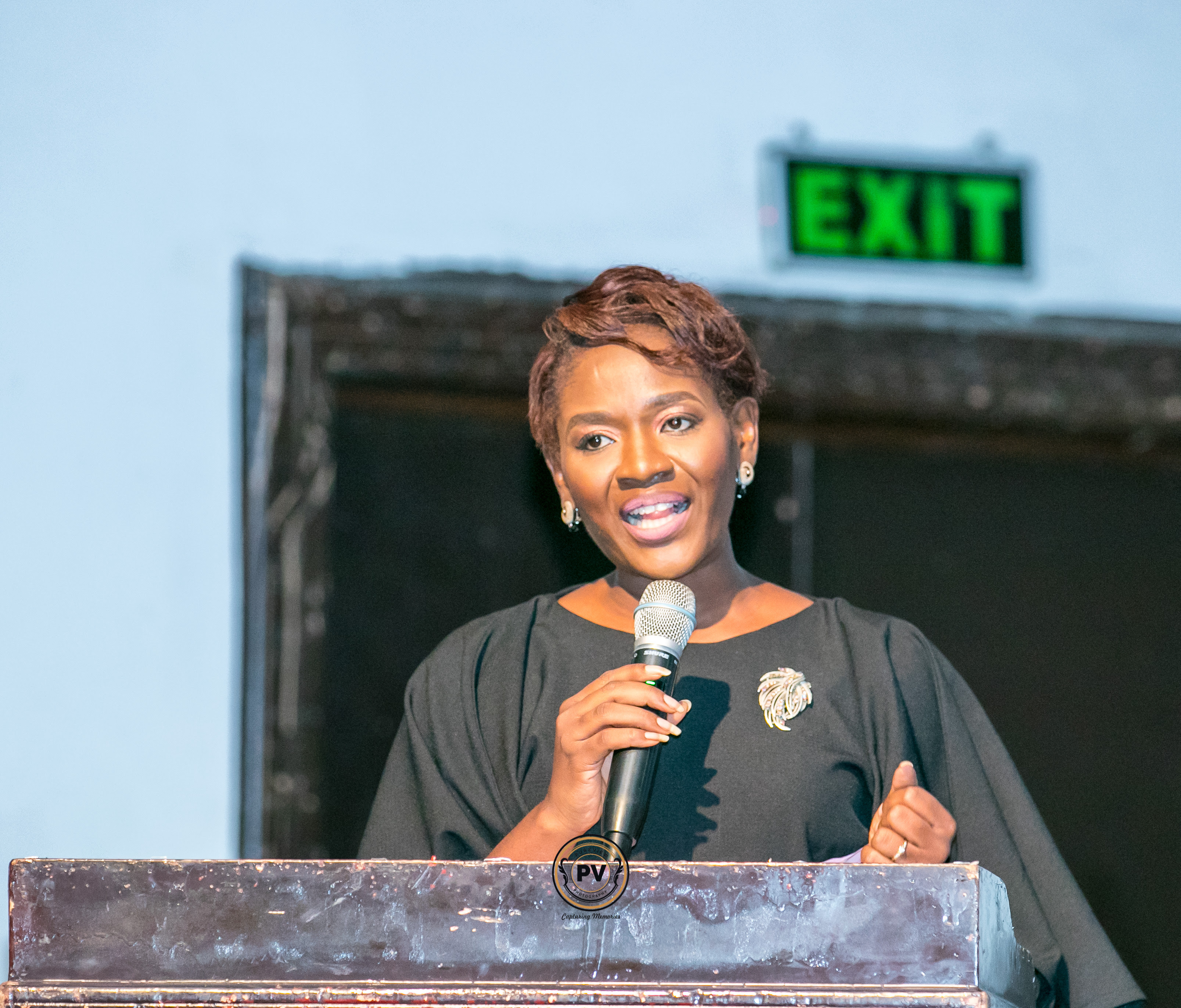 Speaking on the first panel were Solape Hammond, Ini Abimbola, Yinka Fisher and Tale Alimi where they discussed ‘The Importance of Sustaining Women Empowerment’. This panel was moderated by Mrs Tewa Onasanya.

Samantha Turner-Girard, Damilola Owolabi, Olori Ajayi and Eno Essien were panellists for the third panel and their topic focused on “Habits of Successful Business owners” which was moderated by Tokunbo Chiedu

The fourth panel with the topic “Becoming Aware of Unconscious Gender Bias” had Kamil Owofolajo, Charles O’Tudor and Charles Odii in discussion with moderator Toyosi Etim-Effiong.

The final panellists were Mary Akpobome, Fatima Olajumoke, Lucky Idike, Chris Oputa, Teju Abisoye and was moderated by Lehle Bahle. They dissected “How to Access Finance for a Business – Determining your company’s financial needs”.

Janet Adetu held the first master class where she focused on the importance of etiquettes as an individual which transcends to a business.

Abiola Adediran’s master class emphasized why there should be a definite structure in every business.

Ivie Temitayo-Ibitoye took the master class on “Sustaining your Workforce” where she implored all business owners to pay attention to their employees. 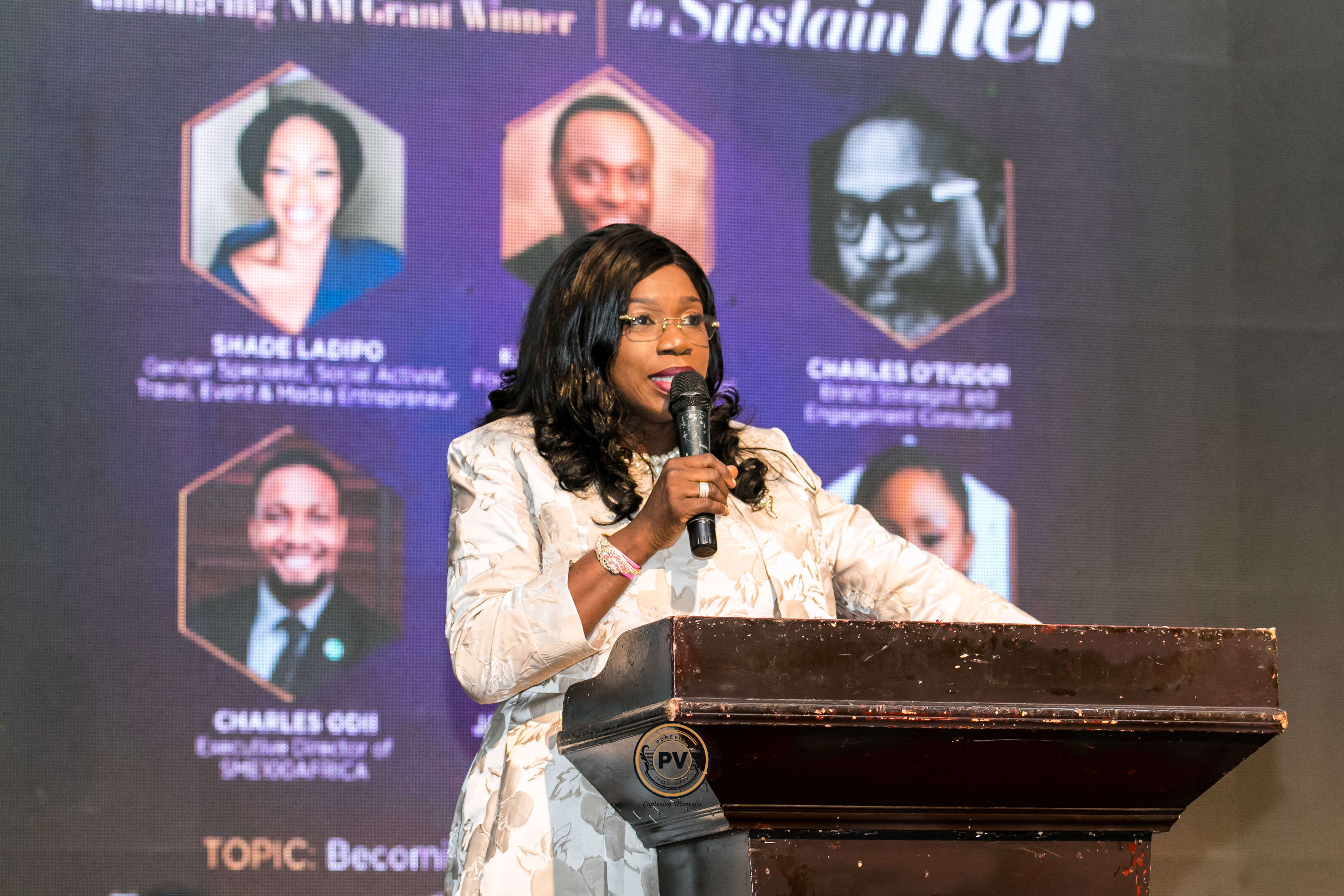 The highlight of the conference was the business pitch competition where 6 finalists were thoroughly drilled by the judges. They commended their business ideas which encouraged Mrs Mary Akpobome to offer a sum of 250,000 Naira each to all six finalists. In addition, Engr. Chris Oputa promised one of the finalists a life-changing business opportunity. This also encouraged Charles O’Tudor to offer them intensive 3 months of branding services. Michael Musa of Africa Business Radio with media presence in over 35 countries pledged to support the finalists with free media publicity for their brands.

Mrs Tewa Onasanya mentioned that the winner of the grant of 1 million Naira will be announced on the awards night and ascertained that the ELOY team is ready to ensure that whoever wins the money will be strictly monitored for proper management and of the funds. 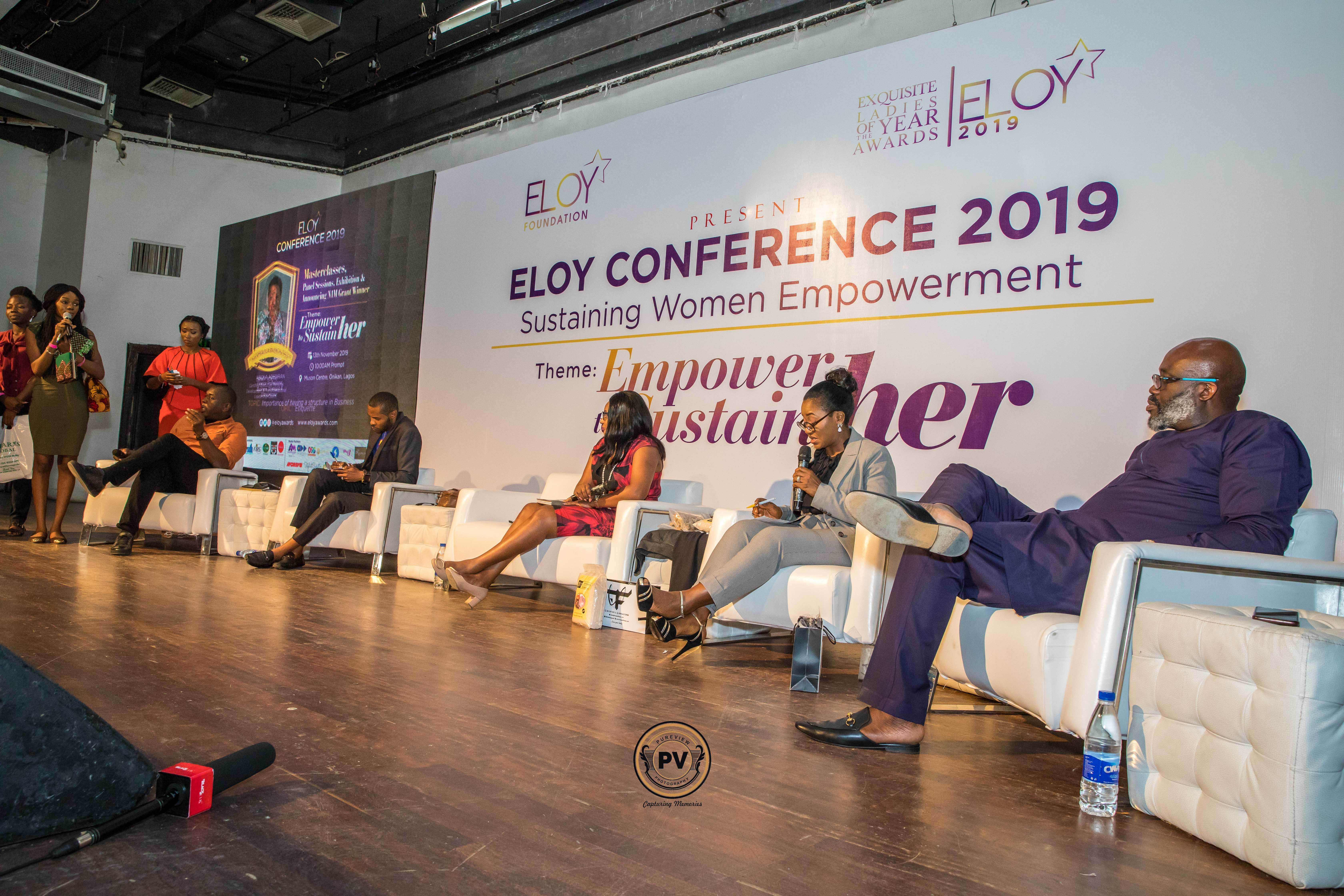 First Photos From Your Excellency The Movie